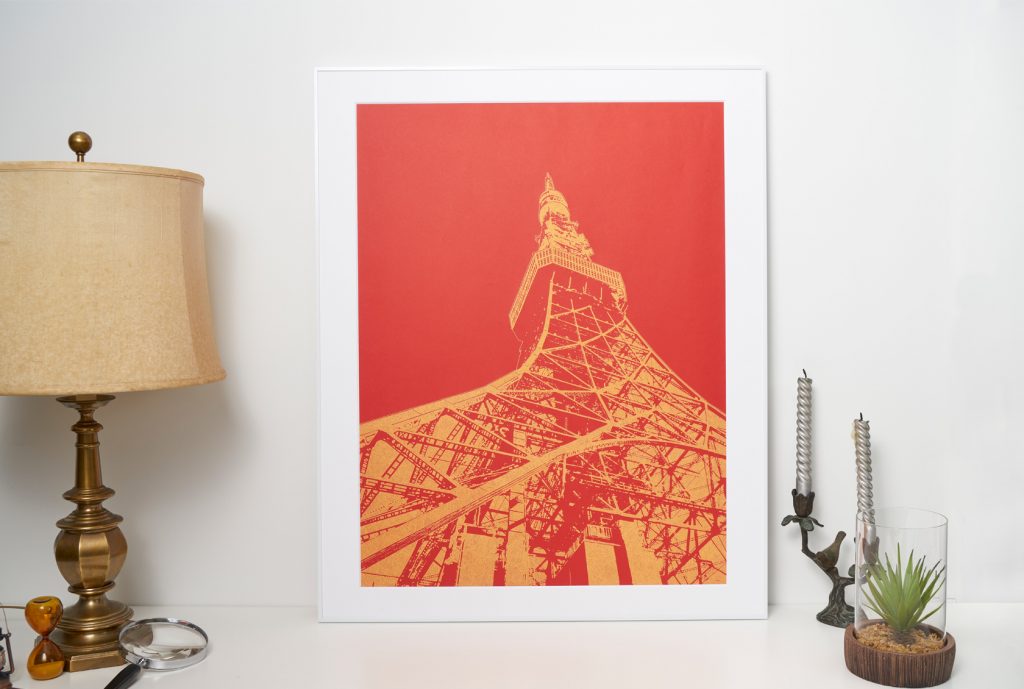 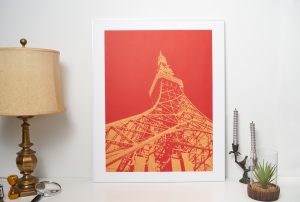 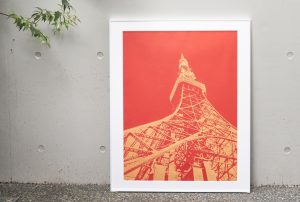 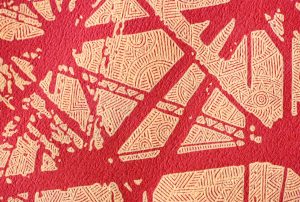 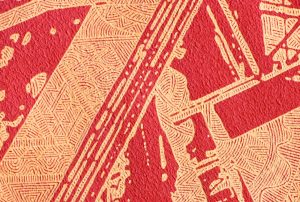 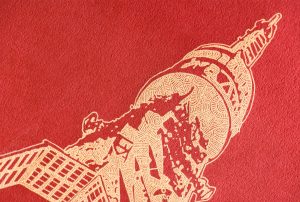 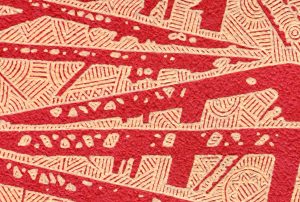 When he first came to Japan, the Tokyo Tower became instantly the landmark ANCHAN would gravitate around in this giant megalopolis
that is Tokyo. The resemblance with the Eiffel Tower, yet the completely
different atmosphere that surrounds the monument, led him to love even more this downtown area and to connect with this capital city.

As an architect, he really appreciates the structure complexity of the tower, and he wanted to represent its beauty with his own style, the way it has never been done before. Drawn with orange ink on a red paper, spread out over several months, the contrast perfectly represents the aura that surrounds the monument at night, and that became the symbol of that amazing city. “Tokyo Tower”